The concept of health reform was introduced decades before under Harry Truman’s presidency under the Fair Deal. The United States spends one-sixth of the gross domestic product on healthcare. However, U.S. citizens have always struggled with acquiring affordable health care. The Urban Institute surveyed the Affordable Care Act (ACA) implementation, showing that states that expanded Medicaid noticed forty-five percent of uninsured residents’ reductions compared to twenty-nine percent of states who did not (Garrett et al., 2016).

The Children’s Health Insurance Program (CHIP) passed under the Clinton administration from a timeline perspective. Then, Romneycare laid the partial foundation for Obamacare in 2006 in Massachusetts (Cohn, 2010). The main allies were health insurance companies, pharmaceutical companies, and medical providers. Undoubtedly, the ACA has revolutionized the consumer-oriented insurance industry. The stakeholders involved in the ACA’s enactment were state and federal governments, insurance companies, political parties, lobbyists, political leaders, the National Republican Congressional Committee, the Supreme Court, and the public (Centre for Public Impact, 2017). Once the law passed under President Barack Obama, public opinion showed higher favorability towards the ACA due to increased access, reduced prescription drug prices, and subsidies (Campbell et al., 2020).

The ACA has provided more than 6.9 million individuals health coverage in those states. Before healthcare reform, millions of Americans were uninsured due to the high cost of insurance, Medicaid ineligibility, unemployment, pre-existing conditions, or employer-based insurance. As a law, the ACA sought to increase access to affordable care and strengthen Medicare. As part of the insurance coverage package, the ACA focused on Medicaid and CHIP expansion, consumer protection, subsidies to individuals and businesses, individual and employer mandates, and insurance exchanges. The agenda-setting paper will address the state of insurance coverage before the implementation of health reform, the stakeholders involved in the Affordable Care Act’s progression amid the political war of ideologies, the applied model of Kingdon’s multiple streams model (1995) to the Affordable Care Act’s window of opportunity, the influence of policy entrepreneurs in the polarized political environment, the entities most suited to address specific health policies and the future of the Affordable Care Act.

State of Healthcare Coverage before the Affordable Care Act

Before the Affordable Care Act was approved into law, the U.S. census reported that about 170.9 million (54.9%) received health care through their employers in 2012 (Jonas and Kovner, 2019). Out of 170 million individuals, 16.4% (50.9 million) were Medicaid recipients, and 15.2% (48.9 million) were Medicare beneficiaries. Health insurance coverage was prominent amongst White Americans compared to other ethnicities. Amongst those uninsured, about twenty percent were not U.S. citizens.  Essentially, insurance coverage disparities in the U.S. were based on the region of residence, racial demographics, and age to citizenship status (Kovner et al., 2019).  The Affordable Care Act focused on improving three channels (i.e., access, quality, and cost containment) to improve population health. The increase in access focused mainly on Medicaid expansion, federal subsidies, and allowing unmarried dependents to remain on parents’ health insurance to twenty-six years old.  Accountable Care Organizations (ACOs) with insurers delivered essential services and covered pre-existing conditions for quality improvement. For the cost maintenance, individual and employer mandates for health insurance coverage, taxes and penalties, and the availability of public options were made available for consumers. As has been noted, the scope of preventive care was the healthcare reform movement’s flagship to increase care access. Accordingly, Republicans feared the emergence of socialized medicine and were incited to repeal the Affordable Care Act.

Stakeholders in the Political Rift of ACA Implementation

Meanwhile, on the opposite side of the political aisle, Republicans feared that the ACA’s adoption would increase the national debt and annual deficits. These conservatives also believed that individuals should buy private health insurance and endorsed a free-market approach. Physicians and businesses also played a role in censuring the ACA as socialistic.  Mostly, providers were diametrically opposed government’s increased involvement in regulating their conduct in delivering care. The ACA exposed, if nothing else, the factors leading individuals not to be insured. These incidents included loss of employment, qualification restrictions to Medicaid, among many others. These challenges served as precursors to the policy process of adopting health care reform as the panacea to address the gap in healthcare coverage.

Concerning the ACA, the multiple streams theory (Kingdon, 1984) explained the policy process to support how public policy works to solve national, transnational, and sub-regional problems. The Kingdon theory presumes that society is an organized hierarchy in which circumstances fluctuate, presenting a window of opportunity to place items on a legislative agenda. Typically, the window of opportunity presents itself when the multiple streams framework (i.e., problem, policy, and political streams) couple to foment policy outputs on the agenda-setting. The indicators presented in the problem stream related to the ACA were that millions of individuals were previously uninsured, placing them at the foothold of mounting healthcare care costs. Constituents were wary of healthcare organizations’ bureaucracies, information asymmetry between their health insurance, and the low power leverage in controlling their health. Following this, the policy alternative to address the lack of insurance coverage was using the ACA to re-energize the insurance marketplace through fair competition between the public and private insurance marketplace. Kingdon’s model’s only limitation was that it underscored the fluidity of special interests and bureaucracy’s impact on maintaining a problem’s saliency. However, these streams are intended to act independently.

Subsequently, Barack Obama’s campaign promised to focus on health reform. The political environment foreshadowed from the beginning the protracted challenges the ACA would face due to lack of bipartisan consensus, with Republicans preferring to allow the market to operate as usual for those who could afford private insurance coverage and focus only on the underinsured. In 2015, the Pew Research Center reported that close to 53% of the American population not favoring the ACA compared to 45% who approved it. Once elected, President Barack Obama reminded individuals of his promise to reduce health care costs for the nation through an executive order on the CHIP Reauthorization Act. Concomitantly, a power struggle exists in the House of Representatives and the Senate. The contrasting political viewpoints on perceived benefits and disadvantages of the ACA to consumers polarized the nation and government. The convergence of these events presented a window of opportunity to appeal to the public’s mood and interest groups who viewed the election as fertile ground to advance the agenda of healthcare reform. Numerous solutions to solve insurance coverage were drafted by policy entrepreneurs who supported Barack Obama’s presidential election balanced against the window of opportunity to endorse healthcare reform.

In the policy process cycle, the legislation turns into law, the executive branch implements rules, the judiciary reviews the decisions made, and agencies make operational decisions. Under the multiple streams framework for the ACA, policy entrepreneurs operated under time constraints. Additionally, numerous solutions were produced to solve insurance coverage over the last decade. Specifically, a series of healthcare legislation passed since enacting Medicare and Medicaid in 1965 to improve care access. When the Affordable Care Act passed in 2010, pro-ACA gubernatorial announcements proved helpful in increasing support for the ACA in nearby states (Pacheco et al., 2017). Without a doubt, healthcare providers, healthcare organizations, payers, and insurers played a crucial role in the ACA passage and the policy process concerning the public option, the individual mandate, and Accountable Care Organizations (ACOs).

Conservatives were advocating to maintain healthcare privatization while the ACA aimed to provide a public option to underserved populations. Policy entrepreneurs and other organizations such as the Service Employees International Union supported the public options exchange that would force commercial insurance industries to lower prices (Weissert et al., 2019). In addition to reducing prices, provider groups were most successful in circumventing the need for costs and quality controls, including attempting to fend off the public option as competition to the private health insurance sector. Meanwhile, the individual mandate was contested constitutionally based on taxing or imposing a penalty to those without health insurance while determining whether states can expand Medicaid (Kovner et al., 2018). ACOs also played a significant role in the ACA’s passage to accommodate Medicare recipients and report quality and costs (Kaiser Family Foundation, 2013).

Amid the polarization, lobbyists influenced the agenda-setting through congress members who supported their causes to reform healthcare. In contrast, most constituents were concerned that the ACA would not cover their pre-existing conditions. Equally important, the programs abandoned in the ACA were risk corridors that intended to cushion losses and advantages in the first three years of the ACA passage (Huffington Post, 2017). Another program was the risk adjustment program which enabled insurers’ biases towards patients in their thirties. Some states like Wisconsin and Minnesota rejected the Medicaid expansion due to high-cost forecasts and insurance premiums (Center for Public Impact, 2017). These components were abandoned because they were deemed risky initiatives for the economy by Conservatives. Still, the ACA mandated that those with pre-existing conditions receive full coverage, leading to a more active and intense political response. Obama supporters capitalized on the election to make healthcare reform a salient issue for their constituents. Soon after, the House of Representatives voted in support of the Affordable Health Care for America Act in November 2009. Despite the divergence of political on healthcare, the ACA’s adoption placed in question who amongst states, local or national governments is most responsible for framing health policies.

Health policy decisions are framed at federal, state, and local levels of government. Federalism dictates the topical areas to be addressed by the state, regional, and national governments. In any case, allocative, regulatory policies, operations, research, and program funding should be delegated to the federal government. For example, the federal government is the gatekeeper to accessing healthcare’s optimal level through comprehensive policies. On the other hand, state governments are allocated resources for public health, Medicaid, CHIP, health insurance, and health providers’ regulation and provider licensures; therefore, states are well-appointed to handle these health policies. Overall, the implementation and monitoring oversight of most health policies should rest in states’ hands because they have complete data access to drive decision-making on providing care to the most vulnerable.

The Future of the Affordable Care Act

In summary, the Affordable Care Act’s fate remains indeterminate as mounting litigations against the individual mandate continue (Cohn, 2010). The Kingdon model informed us of the window of opportunity that enabled the passage of the ACA. From its inception, healthcare reform met challenges to be passed in Congress. Different political ideologies severed the trust of constituents in the healthcare system. Before the ACA, millions of Americans were uninsured and could not afford to repay mounting medical bills. No matter how imperfect it was in controlling quality and costs, the ACA proved to be a beacon of hope for vulnerable communities. However, with fluctuating political administrations and consumers’ interests, the ACA’s survivability will need to lean more on its ability to fulfill the promise of increasing access to quality preventive care and measuring its long-term impact on its direct provision of health services to communities. 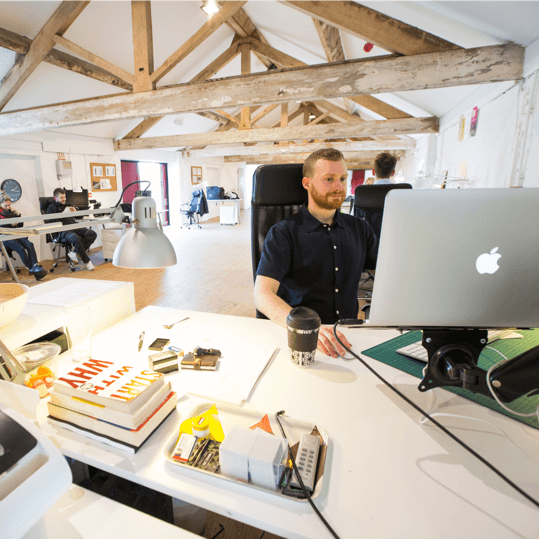 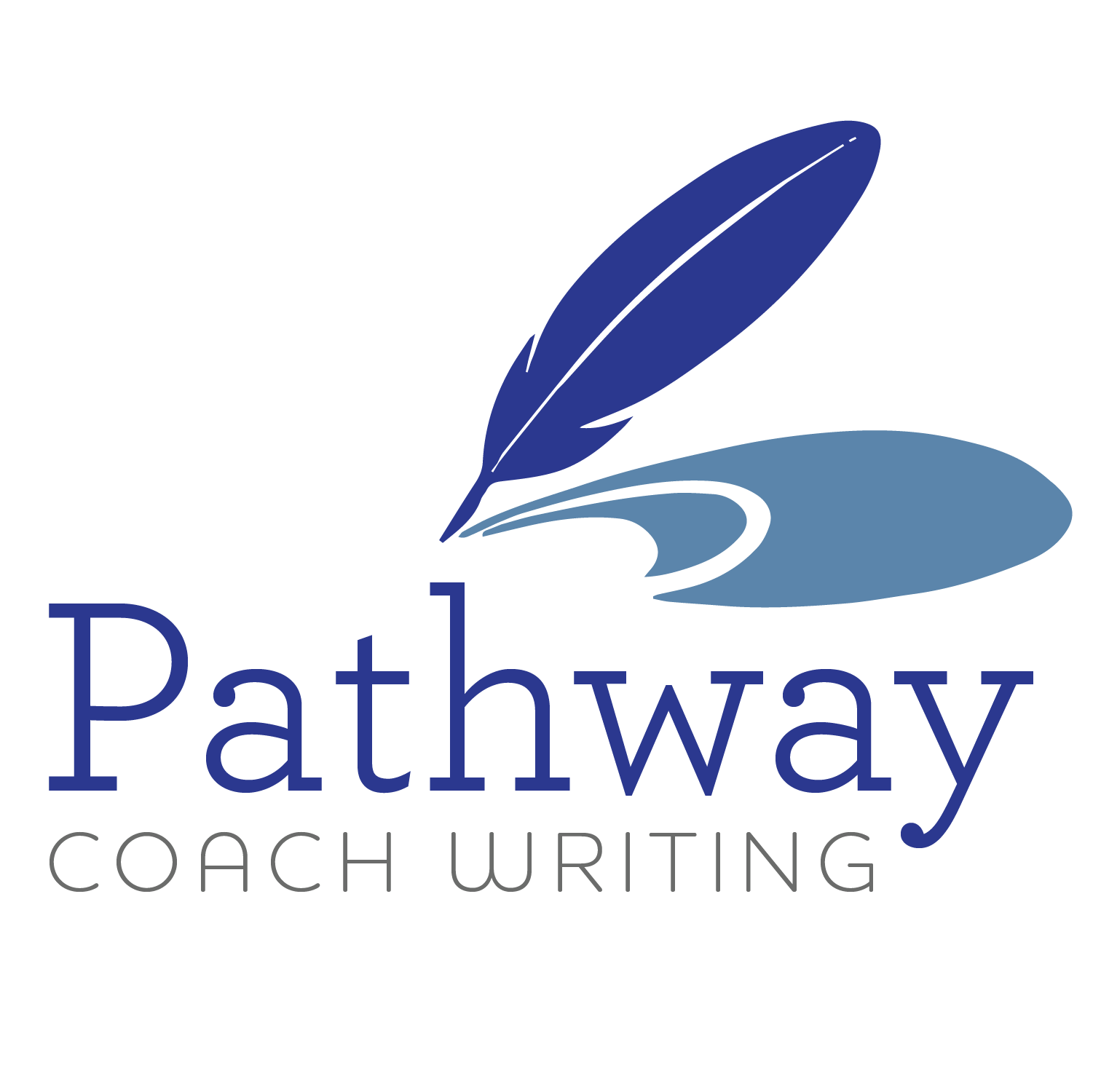